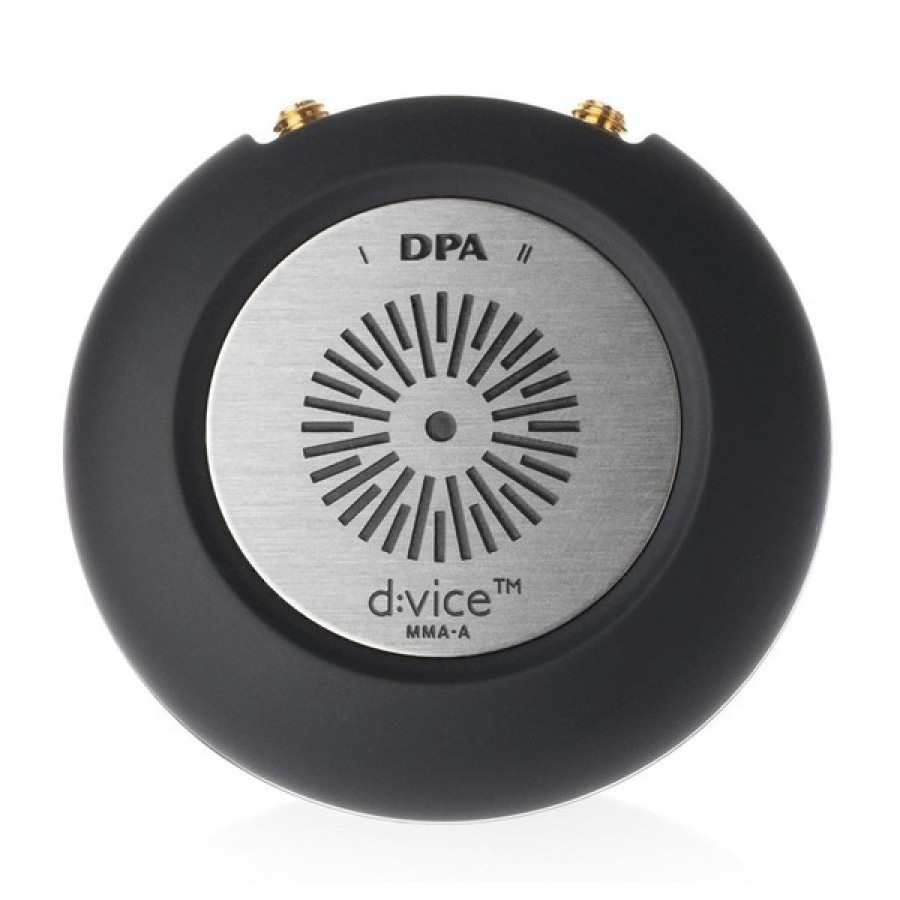 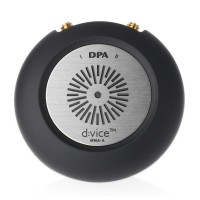 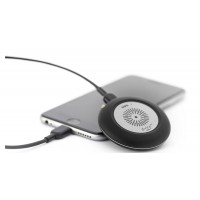 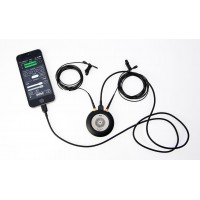 The MMA-A Digital Audio Interface is a high-quality, dual-channel microphone preamplifier and A/D converter that captures crystal-clear audio via your favorite recording / broadcasting apps. The MMA-A can be used together with all DPA microphones that have a MicroDot connector.

Built on Earth, tested on Mars

NASA’s Mars 2020 Rover took off on July 30, 2020 for a seven-month journey to the mysterious Red Planet. It touched down successfully on February 18, 2021 with a DPA 4006 Omnidirectional, an MMA-A Digital Audio Interface and an MMP-G Modular Active Cable in tow. Learn more about how this amazingly durable off-the-shelf solution survived the rigors of space travel and the harsh life on Mars.

The MMA-A is the device I’ve been waiting for for a couple of years now. I love adapting to the different ways people consume music and I shouldn’t have to sacrifice good audio when I’m on the move, or away from my studio. DPA has made that possible in a discrete, very portable form factor, which sounds drastically better than the microphone on my phone.” 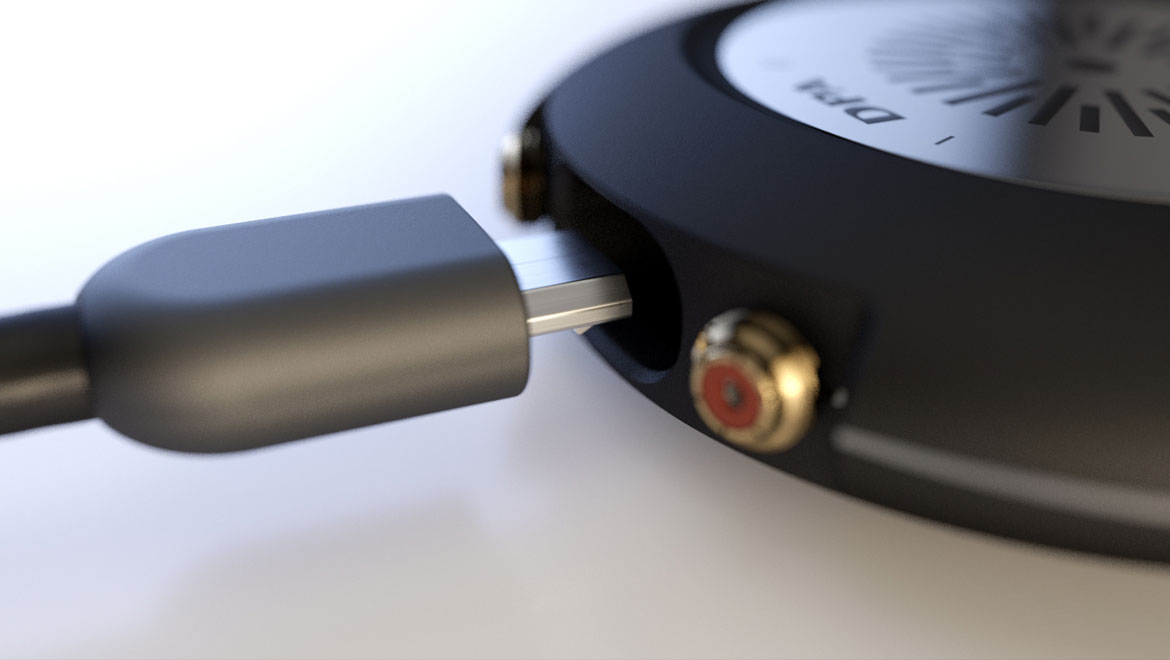 This flexibility allows any content creator to use the equipment for unexpected situations that might arise during the day. Whether it be a two-channel interview situation or a session of stereo recording ambience sound, the MMA-A makes it easier for you to do your job.

At about two inches in diameter, the MMA-A is ultra-compact, easily fitting in your pocket. It provides best-in-class audio quality and is controlled through a remote application on any iOS device. An exclusive DPA app is available for download from the Apple® App store. The app allows you to store gain settings and low-cut filters for ongoing and future personalized use in dedicated presets. Third-party applications can be used to accomplish specific tasks, including but not limited to, live broadcast and high-quality recordings.

The MMA-A comes with one Micro USB-B to iOS (Lightning) and one Micro USB-B to PC / Mac (USB-A) cable. Its MicroDot inputs allow it to be connected to all DPA miniature microphones, including the Lavalier Miniature, Headset Headset, Instrument and even the Pencil Recording microphones with the optional MMP-G preamp.

MMA-A is a fantastic tool for many applications

Single-person interview with a lavalier

Use the MMA-A together with a 6060 or 4060 Lavalier is perfect for when only one person is speaking. It is a robust and unobtrusive solution; the tiny Lavalier 6060 Subminiature Microphone is placed in the smallest holder on the market where it is protected from rough handling.

This MMA-A can be combined with any other DPA mic, like the 4080 Miniature Cardioid, Lavalier, for more isolated sound pick up or a Pencil Mic Capsule via the MMP-G Modular Active Cable.

A combination of a MMA-A with a DPA Headset offers the best speech pick up, due to the proximity of the headset mic to the sound source. It can be combined with other DPA mics for adding ambience or recording the surroundings of the situation that you are recording / broadcasting from.

Use the MMA-A together with two 6060 or two 4060 Lavaliers for an interview situation with a mic on each person. This gives a fluent interview where a journalist can interrupt without moving the mic away from the subject. It can also be used to create great-sounding stereo recording on a mobile phone or tablet.

Pair a MMA-A with a 4060 Series Miniature Omnidirectional Microphone6060 or 4060 Lavalier Microphone & 4060 Series Miniature Omnidirectional Microphone 4018 Capsule, which makes the ultimate mobile broadcast kit; containing one Lavalier Microphone, used by the journalist, and one MMC4018 Supercardioid Capsule, which takes care of the clean feed that often follows a broadcast. (The journalist’s audio is in channel 1 and the ambience sound follows in channel 2.) This allows content to be used with the ambience sound but without the commentating.

A MMA-A paired with a In-Ear Headset offers the best speech pick up, due to the proximity of the headset mic to the sound source. It can be combined with other DPA mics for adding ambience or recording the surroundings of the situation that you are recording / broadcasting from. This solution is best used with iOS devices having the Mini Jack connector directly on the device itself (e.g. the iPhone 6S).

The In-Ear Broadcast Headset Microphone is built with the lightweight and flexible DPA Headset system and an in-ear driver. This condenser mic is easy and fast to adjust and it offers clean and transparent sound quality with lots of headroom. Like all of the microphones in the range, the In-Ear Broadcast Headset Microphone, Omnidirectional offers accurate, natural voice intelligibility and very high SPL capabilities. The mics effortlessly handle up to 144 dB peak before clipping.

Due to their exquisite linear response, low distortion and extremely broad dynamic range, they sound great no matter what the application. The ear piece can be to monitor the incoming mic signal as well as the receiving, far-end information from a studio / producer. It can also be used in Skype / video conferencing situations. For classical broadcast situations, the ear piece allows interruptible foldback (IFB) and is combined with the headset microphone. These solutions are best used with iOS devices having the Mini-Jack connector directly on the device itself (e.g. the iPhone 6S). 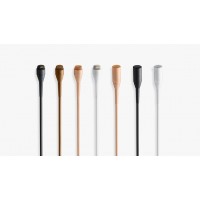