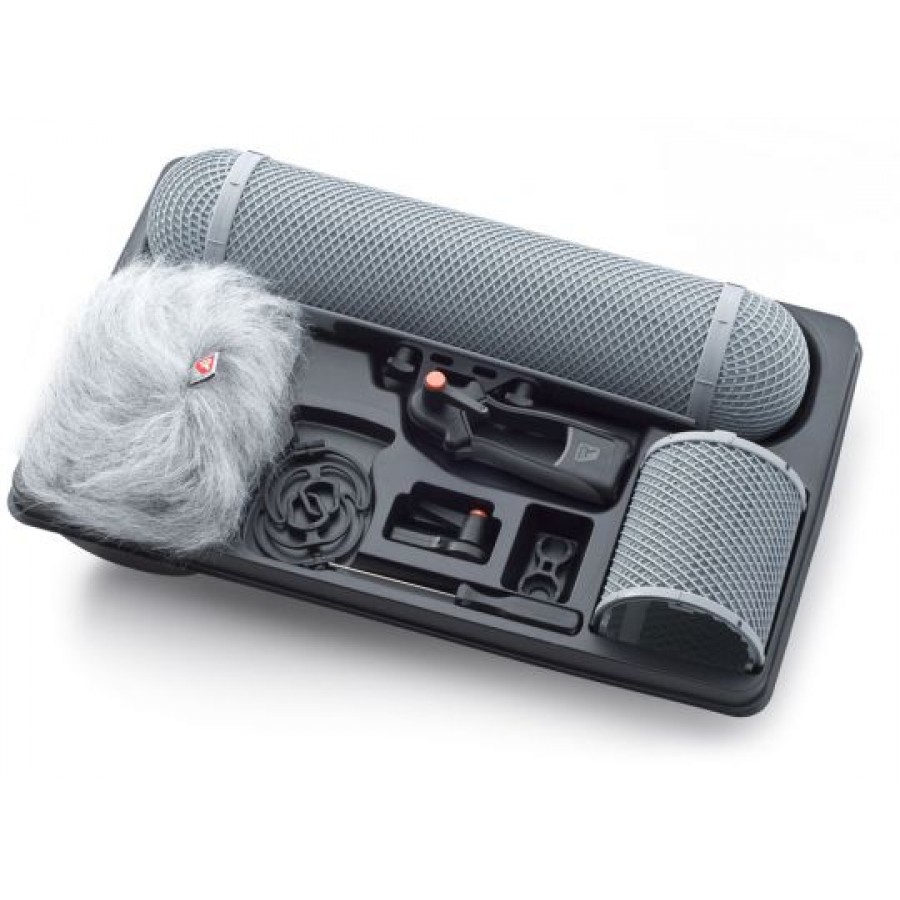 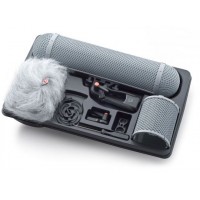 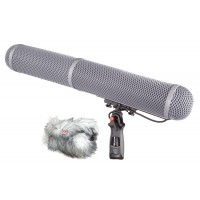 The full windshield system is made up of the following elements:

The Modular Suspension provides isolation against handling & cable-borne noise, and completely supports the microphone in a cradle arrangement. The suspension can be used as it comes, with a microphone using a foam gag, or in conjunction with a Windshield & Windjammer. From September 2008, the suspension uses our patented "lyre" suspension webs as previously launched on the S-series & InVision ranges. On selected models of suspensions, a Connbox is fitted as standard to reduce cable-borne noise.

Launched in March 2004 the Modular Windshield (zeppelin) is slid onto the Modular Suspension, and completely surrounds the microphone amp; its connector. It protects the microphone from the effects of wind, whilst causing the minimal effect to the sound.

Also launched with the new Modular Windshield system the Windjammer is designed to fit over the Windshield to provide the highest possible protection against extreme wind.